The Salvation Army in Canada & Bermuda began its ministry in 1882 and is now active in over 400 communities in every Province and Territory.  Commission Floyd Tidd is the Territorial Commander and leads from the Territorial Headquarters in Toronto ON.

The Ontario Central-East Division is lead by Lieut.-Colonel Shawn Critch, Divisional Commander.  From the Headquarters in Toronto, he and his team give support and oversight to all operations in the Ontario Division.

Through the above link, credit card donations can be made.  You will have the options of donating to The Salvation Army in general, or choosing a specific type of ministry (food bank, camping …) or event.  You can also choose a specific community to receive your funds (Collingwood …). 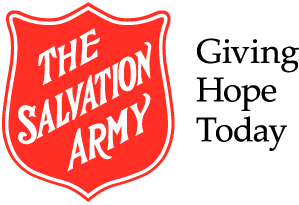